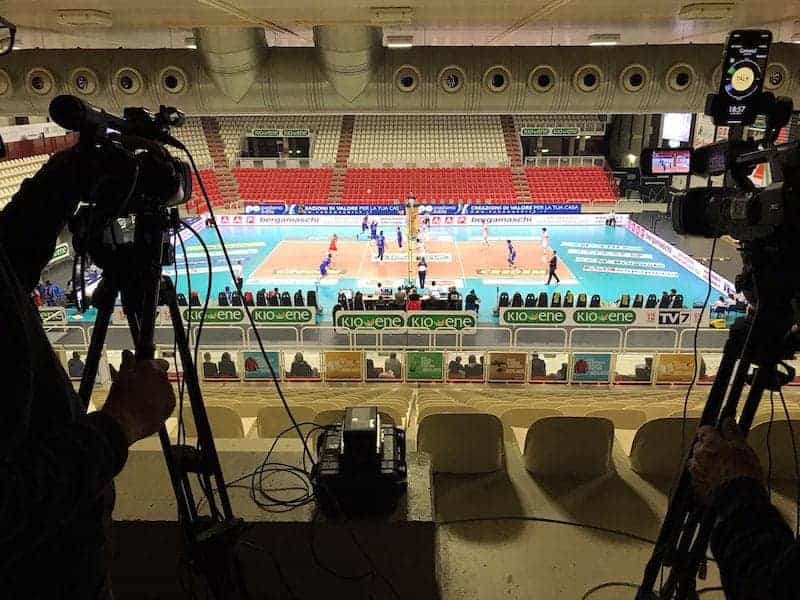 3Zero2 TV, a subsidiary of EMG, started 2021 by adding a series of new technical and aesthetic initiatives for coverage of Italian SuperLega volleyball matches being aired on the Eleven network.

The enhancements were made in order to provide viewers with better insight into both the tactical and emotional elements of each game.

Talking to SVG Europe, Andrea Andrisano, production assistant at 3Zero2 TV, comments: “We decided to perform an important upgrade of the techniques used for the SuperLega matches. The first significant change involved the number of cameras used for filming which was doubled compared with the last edition, from two to four.”

Two cameras are now located high up in the stands in a central position. One takes close shots to capture details and follows the ball more closely; the second offers long shots and also performs ‘beauty’ functions as it returns a total view of the field, including benches, and therefore offers a general wide angle of everything that is happening during the game.

Camera number three is positioned at the bottom of the pitch, in the middle of the benches, to film the game in a more emotional way and to catch the coach’s directions to the players. It also catches the dynamics of the individual athletes, as well as personal reactions, such as grimaces and moments of joy. These shots allow the spectator to get much closer to the game. 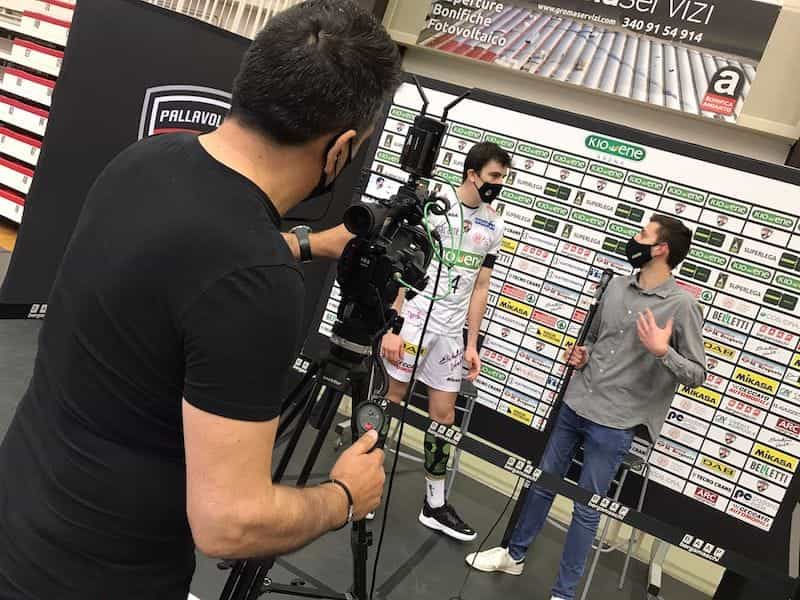 Before each match, the home club has the opportunity to enrich the broadcast with a video in which they talk about the club and the players

Finally, the fourth camera, which is fixed on one of the short sides of the pitch, returns technical images that deliver a more tactical view of the match as a team performance.

All cameras are placed on tripods for greater stability and only one is not assisted by an operator.

The upgrade delivered by 3Zero2 TV for this season is important both from a tactical and an emotional point of view. The new remote production set up allows a producer on-site to be in direct communication with the director, located in the main control room of 3Zero2 TV in Cologno Monzese.

The producer, as an expert technician of the game,  knows better than anyone else the dynamics of the team and of the sports concerned, enabling them to recommend certain shots, to create focus in the story. The producer’s proximity to the action is also useful in the interviews that are carried out both pre and post-game. 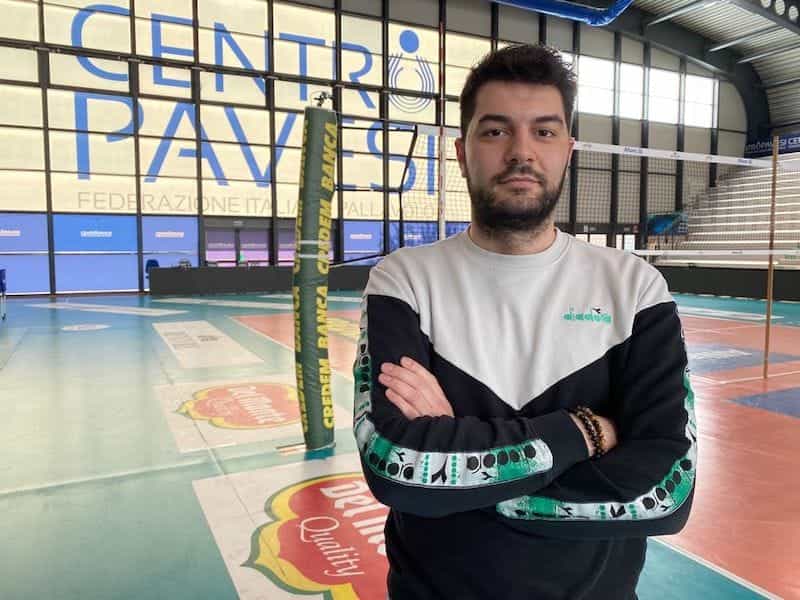 Andrisano explains: “The producer is a specialist in charge of the SuperLega who, physically on the field, is able to see the live programme feed by 3Zero2. Being able to watch the game in person and simultaneously seeing the live broadcast, they are able to send valuable information via intercom to the director in real time and suggest salient shots. They can, therefore, perfectly control the filming of some of the game’s actions by asking the director to better emphasise certain dynamics, such as fouls, replays and the like.”

To make every volleyball match even more captivating, 3Zero2 TV has also created new lounges, small sets or spaces used on the sidelines that are useful for making contour materials. This includes interviews with sponsors, club directors, players and coaches.

There have also been a number of important technical upgrades for this season. In the main gallery in Cologno Monzese, Simply Live remains crucial for the management of the directing section and the insertion of graphics. A software developed internally is used for the inclusion of highlights and the creation of archive memories to be delivered to the leagues at the end of the game.

A new main encoder, Makito, is used in every venue or ‘palazzetto’ allowing for minimal delay, with almost real time images from the four cameras stream arriving in Cologno and the return programme delivered back to the stadium via fibre.

Furthermore, this year, the management of all signal coding in each venue has been entrusted to a new professional production figure, a technician who helps manage all the operators present in the field but also all the dynamics and problems that may arise during the production. The technician also manages all the audio signals, the double commentary of the commentators, including their video return, and the signals sent to the producer station that must receive the programme and the images from the four cameras.

For the set up, the technical crew arrives about three and a half hours before the start of the production of the game, or rather the pre-game. At least four or five games a week are delivered using this new system.

Another addition to this year’s technical set up is the enhanced journalistic commentary. In addition to the usual main commentator, a second figure has been added to offer technical comment and complete the story of the match by adding interesting detail and explaining more of the tactical side of the match. 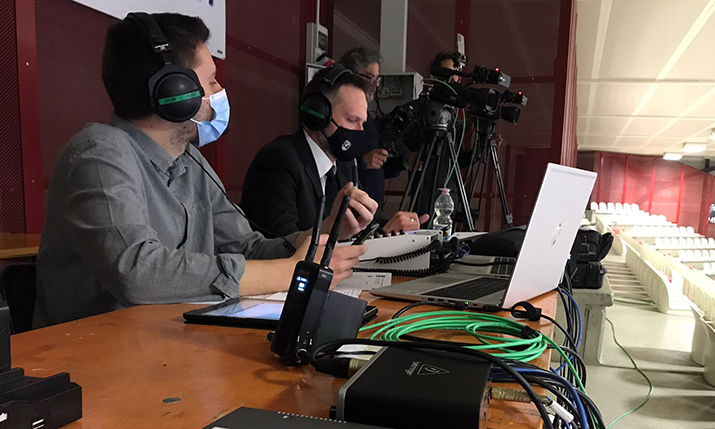 Andrisano concludes: “From a technical point of view it is necessary to underline the really significant leap we have made at a technical and operational level to guarantee an even higher level of quality. It has been appreciated by the clubs which, to our great satisfaction, have welcomed the results with enthusiasm.

“These procedures that 3Zero2 TV has developed to deliver sports events at a distance with remote production – not just volleyball – allow us to offer customers very low production costs, but at the same time to greatly increase the quality level of the TV events and make them even more spectacular and engaging, but without weighing on the budgets.”