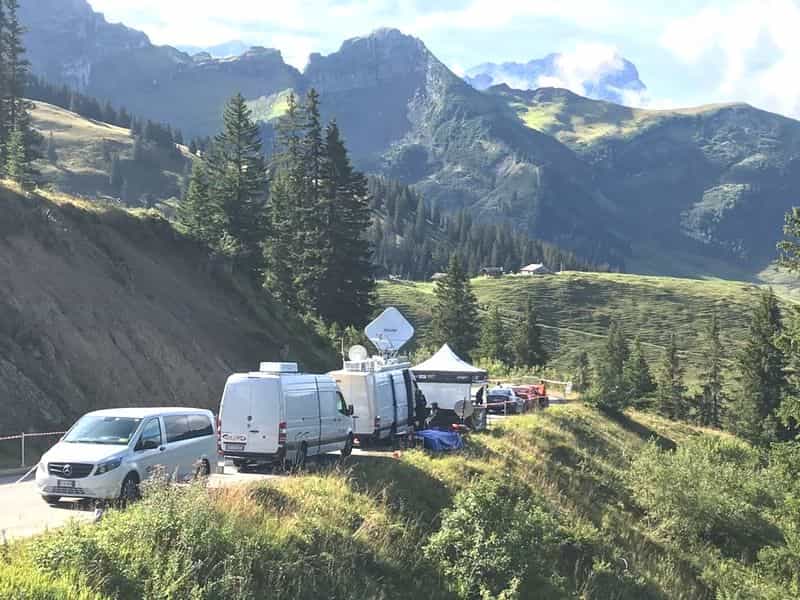 The Drift is a sports car discipline in which the competitors do not have to prove to be faster than the adversaries, but more skilled in controlling the vehicle in the loss of adherence of the rear axle, in the drift, but respecting certain rules. What determines the ranking of the competitor is the vote expressed by the jury, composed of a group of experts in the field that gives an opinion on each characteristic of the performance.

Starting from sports cars almost standard but emptied of unnecessary things, very enhanced and exclusively with rear-wheel drive, the drivers at each test must adapt quickly to changing terrain conditions and usually have only one session of tests the previous day the race.
The victory is the result of the work of the preparation team working on the chassis, preparing the engines, painting the bodywork, performing the tuning of the control units.
The circuits can be natural or artificial in open spaces dedicated and specially prepared with obstacles or in the racetracks.
Usually the driver who wins is the one who is able to adapt better and faster to the conditions of the surface on which the race takes place and shows consistency and precision in the various steps, without however overshadowing his aggressivity.
The Bresciana Livesat is the video service company responsible for the production of the ten races of the French "Championnat de France de Drif" championship, of which we followed the September race in an alternative destination as it took place in Switzerland, specifically in Villars-sur-Ollon.
Also here it is a team work as the means brought into the field for TV production are several. In fact, the mountain resort for the obvious differences in level required the production to scatter four of the five Sony cameras used on the ground, rather than on scaffolding, near the main "Clips" that are key points in the curve where the cars drift.
The race took place on a mountain road closed to traffic, where the micro-jury, placed near each clip and composed of three judges, expressed the partial scores.
The race was held on Sunday, while on the previous Saturday the tests were carried out and the rankings of the evaluation points on which to start the day after were drawn up.
A fifth camera described the start and finish with the acceleration test.
Two are the mobile vehicles engaged, a main production for filming, which records all the images, takes care of editing, creates the slow motion, inserts the graphics and controls the audio: the other means of support carries all the complementary equipment, the UPS and the satellite link devices.
The main vehicle on a Mercedes Sprinter "Ita790" is 7.50m long and 2.20m wide, built internally at Livesat in HD serial digital with audio on Dante, Yamaha audio mixer, Genelec monitoring, video mixer For-A, slow motion BLT Riedel Intercom, Harris Audio, Video Matrix, changeover, spg, processors.
A computerized system in the car detects and analyzes by GPS the accuracy of each car in the various clips and then becomes an ideal ally for the judges who add up the various scores and show them in real time on a large screen near the arrival, where the cars are visible to the public.
The event, which lasted over a couple of hours, was filmed live by Livesat to make a complete delay broadcast on Canal Plus and simultaneously streamed on the Drift Federation website https://www.facebook.com/CFDRIFT /.
The audio was recorded in stereo and the video mixer simultaneously controlled also the Sennheiser microphones positioned above each camera.
All the graphics were created on site by a company called Grafica And Multimedia who also managed the satellite link.
For the event, about a dozen professionals were hired, a video mixer, a control room, a sound engineer, a sound engineer, a director, a RVM and head technician plus the cameramen. All the video cameras were manned and scattered over a 300-meter altitude drop.
In addition to the live in real time broadcast, 5 minute highlights were prepared as a summary of the most spectacular phases, also using a pair of action cameras mounted in front and back to some of the cars engaged in these special stages.
###