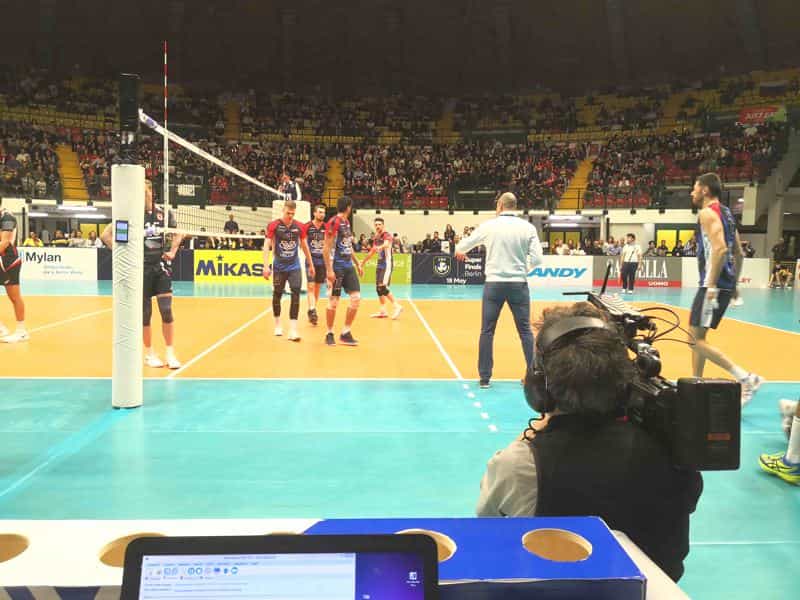 Monza, the third largest municipality in Lombardy region by number of inhabitants, preceded by Milan and Brescia, saw the men's semi-final and the women's final of the Volleyball Champions League.

The venue was the Palazzetto (Sports Arena) of Monza, called Candy Arena, where the television production of the event was carried out by MediaNews, thanks to a mobile OB-Van IP NDI and Dante Audio.
The most obvious feature of this gallery is the complete operation in IP or NDI (Network Device Interface), realized by NewTek devices.