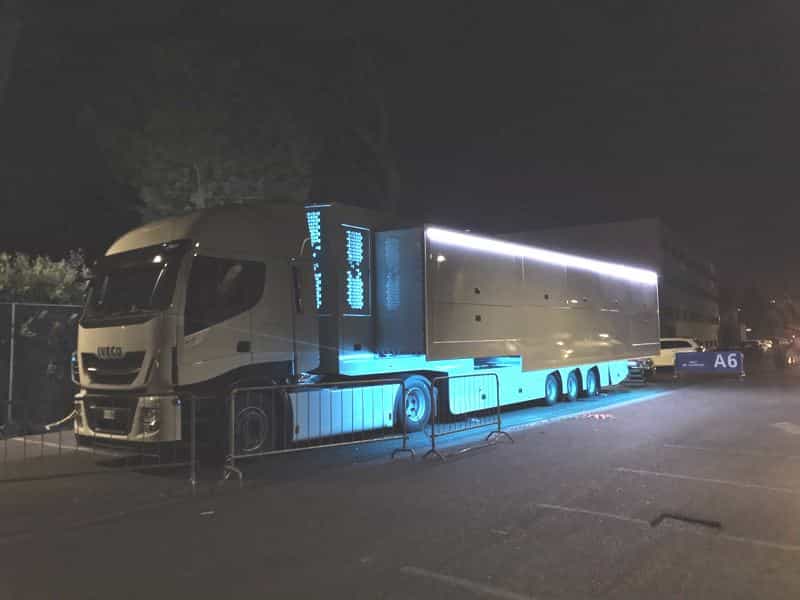 Global Production: with frozen hands along the tracks.
The 2019/2020 season of the Ski World Cup opened at the beginning of November with Skipass, the Fair of Tourism and Winter Sports at ModenaFiere, with the snowboard and freestyle competition from the ski jump.

In this and in all the other events included in the calendar of the World Cup, the television production is signed by Euro Media Group Italy and its subsidiary Global Production.

Since July 2019 EMG Italy has been the Italian subsidiary of the international group Euro Media Group which, in addition to Global, collects Netco Sports who are a super specialist in 360-degree graphics and 3Zero2 TV, an absolute reference in the creation and distribution of multi-platform video content.

The two professionals who orchestrate these events are the Executive Producers Flavio Baggio and Moreno Roncon. Thanks to the great experience in ski tv production, they are those guys who work with icy hands along the snow-covered slopes and are a historical reference point for the Producer, Infront, and the local organisers of the various stages of the Alpine and Nordic Ski World Cup.

Flavio Baggio declares: "Also this year we have the good fortune to produce the television coverage of winter sporting events with a very different nature that allow us to field the various intertwined productive capacities that characterise us.

Events like the one in Modena are held in particular spaces such as fairs and expos as a corollary of important social and commercial events that generate a large turnout".

Moreno Roncon says: "After this first test the Ski World Cup in Italy continues on December 13th with the snowboard race in Cortina.

At the same time, Global Production is involved in the preparation of the Super G and Downhill race in Val Gardena, in addition to the giant slalom and parallel slalom in Val Badia, and still at the same time there is a Snowboard competition in Cervinia.

So, these are many concurrent or close-up events for a really extensive and challenging production tour”.

This year many eyes are focused on the production of Nordic skiing and on the Val Di Fiemme race, the historic Tour de Ski known as the "Final Climb", in which the athletes run uphill through an exhausting alpine ski slope.

The departure formula has also been changed, making it even more spectacular with the athletes starting at the same time and no longer with the "interval" mode, derived from a décalage based on the ranking position.

The production commitment is enormous, the producer remains Infront Italy, directed by Luigi Catalfano and the technical service is, as usual, Global Production, which here deploys the OB6 mobile van.

The cameras used along the route are as many as 29 and by virtue of the new format - starting from the "mass start" - the production also makes use of a helicopter equipped with Cineflex and a snowmobile ski-doo with steadycam and its radio link that covers live part of the route.

This event takes place on 3/4/5 January and in close succession, the productive commitment continues with another OB-Van engaged in Dobbiaco, the OB9 that manages 25 cameras.

Here, different wireless technologies will be used with radio cameras mounted on sled bikes and others using links connecting on existing infrastructure in LTE 4G.

The “backpacks” used for the first time in a production of the World Cup ensure the connection of a camera that moves on a sled motorcycle.

The events go on the air one after the other but the setup of the shooting infrastructures is contemporary.

All television products produced are aired "worldwide" while in Italy the two broadcasters involved are RAI and Eurosport.

The production in these events realises the feeds as host broadcaster and also the Italian customisation.

After the Final Climb and still in the Val di Fiemme with the same mobile OB6 vehicle, the Nordic Combined is scheduled.

Here the athletes make the jump from the trampoline and, based on the results, make an "interval" start on a cross country track.

Given the double seat of the tests, in addition to the mobile vehicle, remote production is also engaged which is composed of a technological core positioned in the compound TV near the jump from the Predazzo trampoline.

A link via non-terminated fibre optics from Trentino Network reaches 22 km away, in Tesero, where a container filled with Grass Valley and Riedel technology allows all the cross country race production.

The director, the video mixer and the sound engineer are physically inside the mobile vehicle in Predazzo, while in Tesero there are “only” 25 cameramen.

This means that a mobile vehicle and a container are sufficient to face a double production.

Inside the OB Van, two distinct production areas, “main” and “secondary” - with relative video mixers and audio mixers - are dedicated to the trampoline jump and cross country.

The RVMs are split between the two situations and are all ob board the vehicle and everything is optimized for a scale-saving perspective where the quality remains excellent.

The Combined and the trampoline

Simultaneously with this Nordic Combined, a Trampoline World Cup race is held, again in Val di Fiemme, which engages as many as 25 Grass Valley cameras.

After the Ski Jumping and the Nordic Combined, the production involves another three mobile vehicles and moves to Sestriere where it faces a women's Super G race and at the same time other production facilities work at Seiseralm for a Freestyle border cross race and in Piancavallo for a snowboard race, over a period of about two weeks, from 14 to 26 January.

Flavio Baggio continues: "The season closes with the Marcialonga of Val di Fiemme on January 26 and with a final production that engages us a little more in terms of quality, namely the women's Super G in La Thuile in Val D'Aosta, which will be filmed entirely in 4K UHD on February 29th 2020.

Among the relevant technical structures this year - for the first time in Val Badia and for the filming of the Giant Slalom and Parallel Slalom - a Robycam is engaged.

For the first it covers the last six seconds of the race for about 400 meters and for the second it starts from the start line to the finish line".

Moreno Roncon closes: "In the week that sees events being concentrated in Val Gardena, Val Badia, Cervinia and Cortina, we employ 110 technicians at the same time, and also in the following week with Val di Fiemme and Dobbiaco, we deploy over 100 professionals.

For the production of La Thuile in 4K, a mobile vehicle of the parent company Euro Media Group Europe, the OB1 of the Belgian VideoHouse, will join our productive forces, since Global OB8 4K will be involved in the Juventus-Inter football match.

During one of these races, 3D immersive audio is used with a Klang processor that is being tested for audio 8 + 1".